Back in Black - a DIY raspberry pi Boombox: Inspiration

One of the items on my geek bucket list has been to build my own version of a boombox. The boombox was introduced by Philips in 1969. Refinements were introduced by Japanese manufacturers and introduced to the US in the 70's. They became a hit with urban youth. By the 80's, boomboxes had reached an age of gigantism - bigger, blasty, bassy. See the Wiki for det's.

My desire was to build a box that echoed back to the old school days, but took modern design cues. I wanted a box that looked good, sounded good (well, loud, anyway) and I could customize easily.

As a prototype, I built the Day & Night Sampler, a little music player in a re-purposed tin box. The "Back in Black" (BinB) Boombox started with what I learned in that build and grew from there. This was a journey, where I made several prototypes to visualize what I thought the boombox needed.

I reached a point where I was happy with the basic frame of the BinB, but it was missing something - the magic something i like to call 'minimal viable blinkenlights'. It just had to have flashing LEDs.

I had read (and experimented with) John Boxall's tutorial on using the Sparkfun Spectrum Shield. The Spectrum Shield works with an Arduino to display two channels of 7 audio frequency bands each. I used a VFD to test the Spectrum Shield display. It worked, but not very dramatic.

About this time, I saw the work of David J. Watts on Adafruit's Show & Tell Hangout. David presented a very creative small boombox.  His used the MSGEQ7 IC, which is also the heart of the Spectrum Shield, to display the frequency bands on a matrix of LEDs. Hmn... John Boxall showed how to do that with a Freetronics Dot Matrix Display, also an LED matrix. "What a minute! I have a Sure 0832 LED matrix someplace in inventory...[rummages around for awhile] 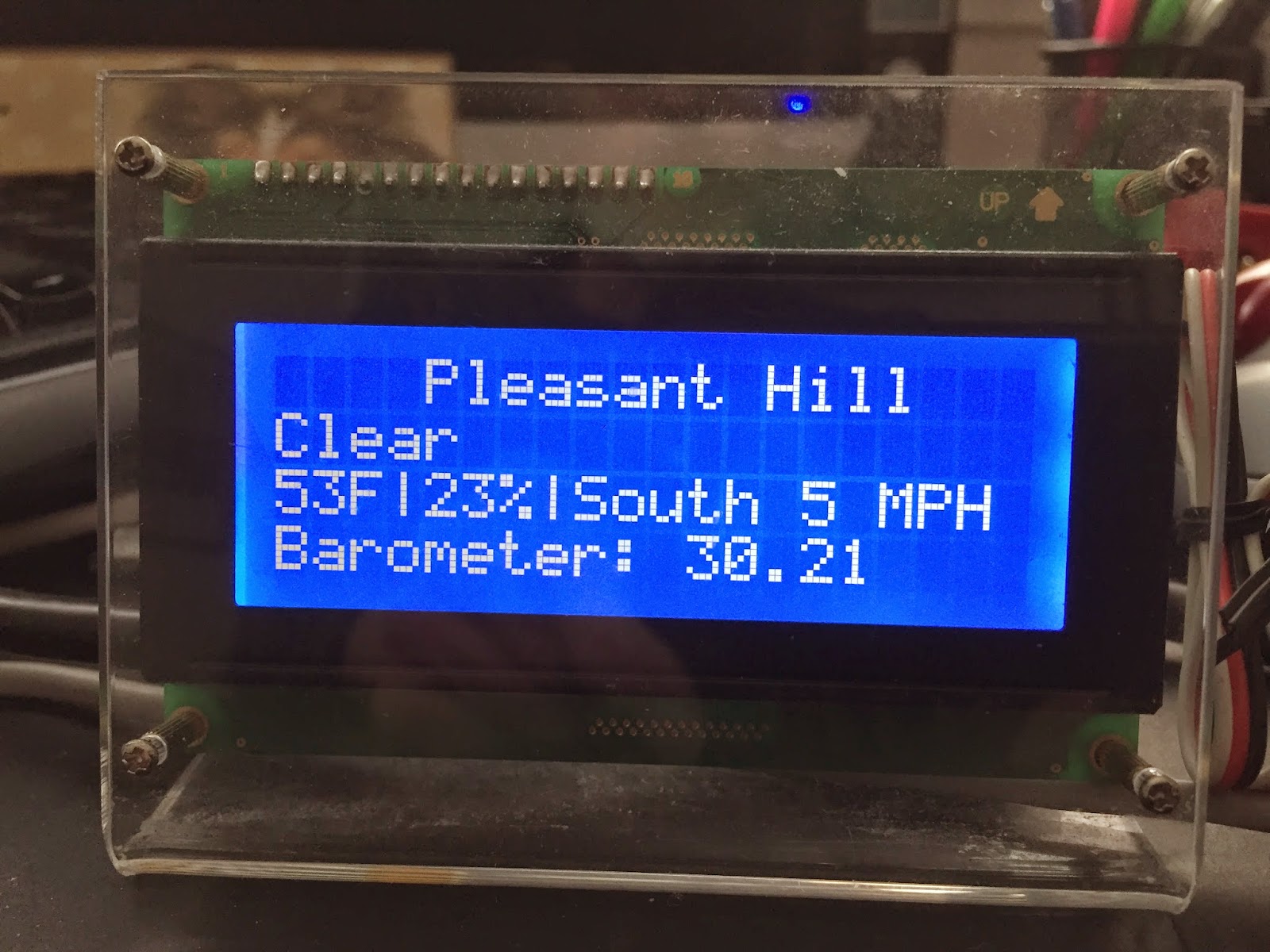 thisoldgeek
As a child, thisoldgeek wanted to be an inventor of renown. The only thing stopping him was lack of talent. Now, as a retired adult, he has plenty of time to steal other people's work and mash it into an unrecognizable hodge-podge that sometimes works.